The Kardashians/Jenners. Love them or hate them they are major influencers of teenagers today. In fact, both Kendal and Kylie Jenner were both included in Times list of 30 Most Influential Teens of 2015. You might not like Kylie Jenner but she is using her social media platform to highlight anti-bullying. As a celebrity, Kylie faces bullying everyday as people comment about her life or her looks or her relationship. Kylie is keen to use her very public persona in an effort to shed light in a topic that is very important for her and plenty of other young people around the world.

In June of this year the Kylie admitted in a Snapchat video that she has experienced bullying of her own. She told her fans, ‘I thought of the idea because, almost my whole life, since I was 9, since I have been in the spotlight, that comes with so much bullying and attacking,” she reflected. ‘Everything I do, there’s a huge light on it. I’m okay with that because it is what it is, it comes with the lifestyle. But it has still affected me a lot. But I wanted to take a different approach and pretty much let other people that I found who have been through bullying and overcome it, to use my platform and just kind of bring awareness to it’.

The legacy Jenner wants to leave behind is simple. ‘That I have helped people and that it was not just about me,’ she replied of her hopes of having a lasting impact. ‘That I was an inspiration for young girls. And it was not just getting your lips done and having good hair, but being a good person and inspiring other people to not bully other people and do good things and be nice to everybody.’

On September 1st 2015 she set up an anti-bullying campaign called ‘I am More Than’ on her instagram and Twitter.

Kylie has 41 million followers on Instagram. Nearly all of these followers are young girls/teenagers. 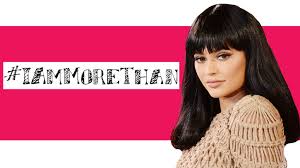 She also recently wore blue lipstick in support of Anti-Bullying Day. She posted a photo on her instagram and urged her followers to ‘spread love’. 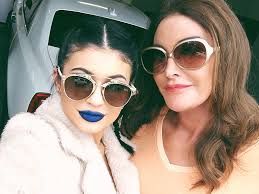 The ‘I Am More’ campaign portrays all varieties of people who have been a victim of bullying. In her ‘#IAmMoreThan’ Kylie announced she plans to share six stories over six days of ‘people who have become heroes in their own way by taking #bullying and turning it into something positive. She is actually still sharing stories and it is now the end of October as the campaign was a massive success. She now shares a story every Tuesday! With thousands of posts on Instagram using the hashtag already, it looks like the #IAmMoreThan movement isn’t going away for a while and I am really happy about that. I think it is an excellent campaign! Kylie meets up with and interviews each person and then she shares it on her instagram as part of her campaign. She is sharing stories of selected victims of bullying who are now able to speak out and help others n their situation. As she wrote in a caption of a photo introducing the campaign, ‘I’ve gotten to talk and bond with all of these people whose stories you will see on my page. I think you will all fall in love with them just like I did. I want to encourage you, my fans, to share something positive about yourselves. I’ll be reading as much as I can so that some of you can be apart of this as well! Let’s do this.’

It would be really worthwhile to show your students’ this campaign either as part of non-exam Religious Education, SPHE, or as part of Anti-bullying/Friendship week or Health week.

It is a really positive campaign that portrays how lucky everyone is to have something unique about them. By telling the stories of women who have been bullied and fought back, Kylie is inspiring others who have been bullied to refuse to let it ruin their lives.Sadly, bullies are everywhere and bullying on social media is even easier and more cowardly to do than in person. Cyber-bullying is a massive problem in schools all over the world.That’s why it’s wonderful that Kylie is using social media to give support each week to an individual who refuses to bow down to bullying.

One of the stories she shared with everyone was about plus size model Erica Schenk. Erica responded via Instagram and re-shared the photo, taken by photographer Enrique Vega. She thanked Kylie in the caption. ‘Thanks Kylie for the shout out and for supporting so many women that struggle with body image.’  Erica recently featured on the front of Woman’s Running. In a ground breaking attempt to break fitness stereotypes, the magazine chose plus-size model Erica Schenk to be on the cover in the upcoming August issue. Diverging away the commonly used skinny and muscular models, Editor-In-Chief Jessica Sebor wants to stress ‘runners come in all shapes and sizes.’ Erica is really inspiring for teenagers today. Tell your pupils to be proud of their body!

Kylie also introduced her followers to Em Ford who runs My Pale Skin Blog on instagram.  Em Ford is English and she is a former model who suffers with acne. I am a big fan of Em as she is inspirational for teenagers and also adults today. Her posts of her make-up fre selfies resulted in over 100,000 crazy negative comments on her pictures. She made an incredibly powerful video highlighting the negative comments she received on her social media after her make-up free selfies. The comments were horrendous! The video racked up 8 million views in the first week and it has now been viewed nearly 17 million times. She is just trying to be brave and honest and convey to other acne sufferers ‘that it’s okay not to be perfect’. Acne is the pain of so many young people’s life.  Em fought her bullies back by making and posting a dramatic and moving video showing her naked face, then covering it with make-up and finally removing it again while bullies ridiculed her with harsh comments on-screen. Em’s very inspiring message is that ‘beauty is all about how you feel INSIDE. The moment you let other people’s poison enter your mind is the moment you start to fall. Calling us ugly because of a skin condition does not make you any more beautiful. I could fix my skin and you’ll find something else to hate me for and that says more about you than I care to think about.’

Another excellent case study to use with students is the life story of Lizzie Velasquez. 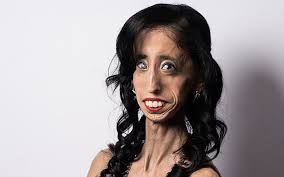 Lizzie Velasquez discusses appearing on Kylie Jenner’s instagram as part of the #IAmMore campaign. It starts at 3:10 minutes in the video clip.

Lizzie who is 26 was born with an extremely rare congenital condition in which she has zero body fat and she has never weighed more than 64 lbs. She is unable to gain weight, has to eat many small meals and snacks to survive, is blind in one eye and has a weak immune system. The condition is so rare, only two other people in the world have it. She was first bullied at school for looking different and then online as a teenager. When Velasquez was 17, she came across a YouTube video labelling her “the world’s ugliest woman” that had been watched over four million times. One of the comments said: ‘Do the world a favour and put a gun to your head.’ Others called her a ‘monster’, told her parents to ‘kill it with fire’ and said they should have aborted her. But instead of causing Velasquez to hide away from public life, the video inspired her to start an anti-bullying campaign that led to the 2013 TED talk bringing her to international attention. Footage of her inspiring speech now has almost 7.2 million views on YouTube and its success inspired the creation of the documentary. ‘I know what it is to be bullied and what is to be bullied online, and I want to be the protector of those who think it won’t get better,” said Velasquez. ‘Instead of just taking shelter of my tears, I chose to be happy and realise this syndrome is not a problem but a blessing that allows me to improve myself and inspire other people.’ She set up a Kickstarter campaign entitled ‘The Lizzie Project’ to raise $180,000 towards a documentary on her life. The campaign has now raised $215,000 from 3,564 backers and ‘A Brave Heart’ is ready to hit the screen. ‘Lizzie has such an inner strength and sense of humour that anyone can relate to her,” said Sara Bordo, a first-time director working with Velasquez on the film project. “We all have difficulties in life, but nothing compared to what she has been through. Her positive attitude elevates the spirit of any person in the world.’

Fortunately, her condition is not terminal and despite her challenges, she attended Texas State University and she has written two books for teens including the story of her journey titled Be Beautiful, Be You. Nevertheless, she has been mocked and called ‘the world’s ugliest woman’ by nasty cyber-bullies. However, Lizzie has refused to be deterred by small-minded detractors, and has taken that negative energy and has turned it around by travelling around the world doing motivational speeches.  Lizzie gave her followers this great advice: ‘I try to convey that all you need to have is a brave heart to accomplish whatever you want to achieve. Let the negative build you up instead of knocking you down.’  She released her own film this year about her struggle. The film is called ‘A Brave Heart’.

Here are some video clips about Lizzie Velasque.

She must eat every 15 minutes. Listen to her inspiring story. 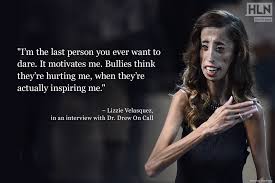 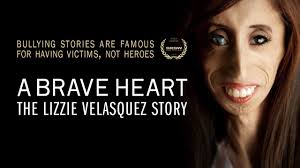